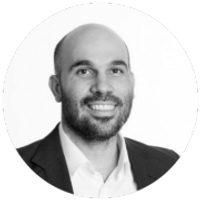 One approach organisations are taking is increasing the SSL VPN capacity, a quick way to allow workers access to the organization’s internal assets and networks.

But such an approach introduces a new security threat. In practice, it redefines the external perimeter, one which organizations worked hard to protect, to include the home networks and private devices of all employees.

This shift introduces a huge risk associated with lateral movement, by radically increasing the probability of such to the most extreme end of the organisational risk matrix.

The trust of an Internal Network versus External Network has diminished, and to mitigate the risk associated with that, a Zero-Trust Framework should be adopted sooner than later.

"The attack surface for malicious actors has increased since some parts of an organization's infrastructure that were only used internally are now exposed to the Internet,"

CPS234 - not only compliance!
Wassim Daghash
Recent posts from Illumio